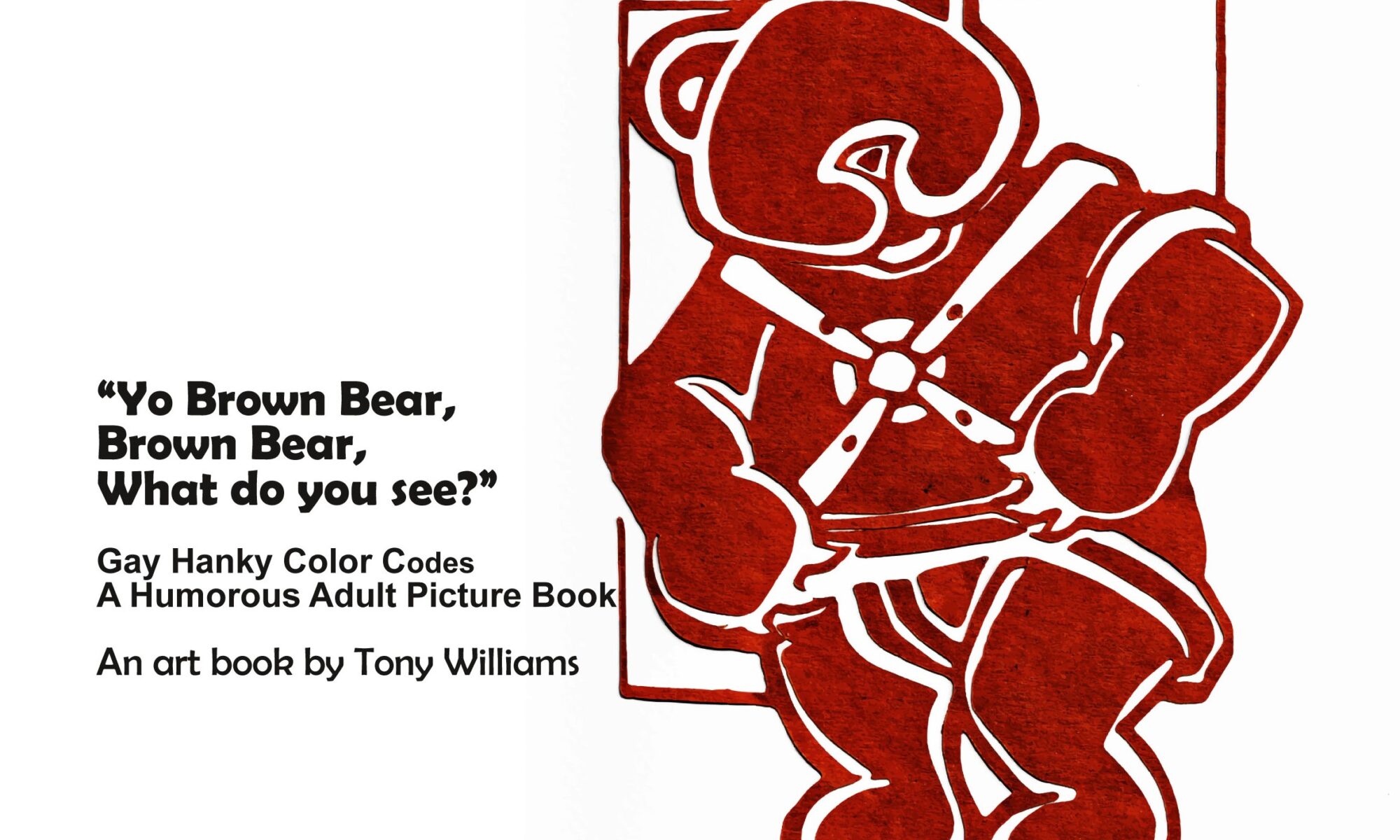 This Gay Adult Picture Book takes a humorous look at Bill Martin, Jr. and Eric Carle’s childhood beloved classic “Brown Bear, Brown Bear, What Do You See? “ and turns it into an Gay adult classic.

The handkerchiefs were placed in your back pocket, essentially, and depending on the color,  symbolized a sexual fetish or a position. Hanky Codes like this were crucial to the early development of LGBTQ+ communities, but date back even further than the Gay Liberation movement, to the mid­ to late­19th century, the Gold Rush, and are still used in cities across the globe today.

There are no reviews yet.